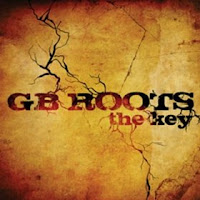 G.B. Roots is Canadian duo Dave Barber (guitar, banjo) and female bass player Kirby Green. The both sing. Together they blend ballsy blues-rock with an atmospheric, rootsier edge, and they’ve recently been announced the 2012 Young Blues Artist of the Year. It’s easy to understand their appeal. Blues duos have been all the rage since the White Stripes sold a million, and G.B. Roots sound like progression – a sound evolved. Indeed, they somehow manage to sound raw and urgent without sacrificing luster, and in Green they’ve got a vocalist with a sassy, uncompromising delivery. It’s powerful and hardnosed, but grooves like the best blues-rock should.

The album begins with the African American spiritual “Swing Low”. A choral intro gives way the duo’s heavy, slinky method, and the attraction is instant. Barber takes lead vocal and entwines some banjo echo around guitar chords. It’s an unexpected but quite exceptional opening. The title track, with Green taking lead, is measured and unhurried but builds in a most pleasing way, and “Shady Grove” combines Barber’s twangy blues guitar with Green’s finest vocal. It’s a killer track, and should be heard by blues fans everywhere. In fact, it transcends the constraints of genre and deserves to find an audience amongst music fans, period.
www.gbroots.com
www.reverbnation.com/gbroots
Rob F.