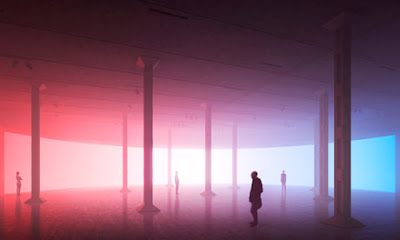 More than 12 million people have taken part in the London 2012 Festival - the cultural programme of the Olympics - according to organisers.

Their figures are based on ticket sales, attendance figures and surveys of the UK population.

Approximately 2.9 million took part in a mass bell-ringing session on the opening day of the games.

Figures collated from venues showed another 2.5 million people had been to paid-for events such as the BBC Proms and exhibitions of art by David Hockney and Damien Hirst.

Festival director Ruth MacKenzie, said she was "delighted" and that audience numbers were "well ahead of expectations".

There are at least another 5 million free places to come, while the Edinburgh International Festival is also part of the Cultural Olympiad.

All The Bells heralded the start of the Olympics at 8:12 BST on 27 July.

Big Ben, HMS Belfast and the bell on board the royal barge Gloriana, which was carrying the Olympic Flame down the River Thames, were also involved.

Approximately 5.7% of the UK population took part, rising to 9.6% in London, according to figures compiled by Neilsen, which used a polling sample to estimate the 2.9m involved.

The London 2012 Festival incorporates more than 12,000 events, and will continue until the final day of the London Paralympic Games on 9 September.