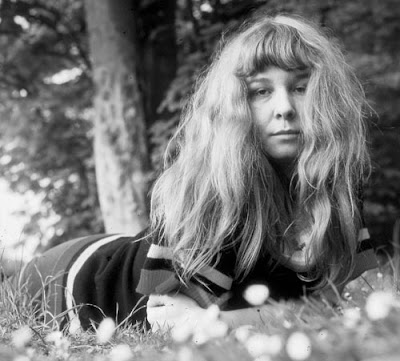 The Notes & The Music – A Collection of Demos and Rarities

Sandy Denny is one of the UK’s finest singers. She was voted Melody Maker’s greatest female singer for 2 years in a row in 1970 and 1971. She was also, legendarily, the only guest vocalist Led Zeppelin ever used. Robert Plant later said, ‘It was a beautiful spectacular moment for both of us. A beautiful exchange of two vocalists.’

Sandy Denny’s signature song Who Knows Where The Time Goes was voted All Time Greatest Folk Song by BBC Radio 2 listeners but this is just one song among over fifty songs she wrote and recorded between 1968 and 1978, the greatest body of work by any British female songwriter of her time. Sandy Denny’s finest recordings and song writing were celebrated on a sell-out UK tour in May this year. The Lady: A Homage to Sandy Denny featured an array of singers interpreting her work, including Maddy Prior, Joan As Policewoman, Green Gartside and Thea Gilmore alongside fiddler Dave Swarbrick and guitarist Jerry Donahue who originally played with Sandy in Fairport Convention and Fotheringay. The Barbican Show on May 23rd was filmed and will be shown on BBC4 in the coming months (the final date is yet to be confirmed).

The original box set has become one of the most collectible box sets of all time; changing hands for between £1000 - £1500 and now, for fans that missed out, this new four disc edition will include choice selections from the box set’s 19 discs. The new 4 CD edition will be limited to 3500 copies worldwide and boasts 75 tracks, including 17 demos taken from Sandy’s home recording tapes. Among these is the first known recording (from 1967) of Who Knows Where The Time Goes, plus further home demos, rarities and alternate versions of many Fairport and Fotheringay classics as well as outtakes and demos from her solo albums.

Housed in a hard back book style package like the 2007 Live at the BBC collection, The Notes & The Music – A Collection of Demos and Rarities also includes rare photos, art work, and explanatory notes about the tracks selected.

What the papers said about the box set:

Rarities, the unheard, the long lost, they are all here and so is the spirit of Sandy Denny  - Folk Roots