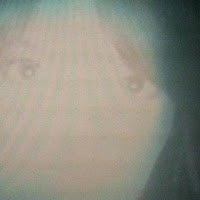 It’s interesting the formats that bands decide to release their music on. Should you decide to purchase a physical copy of White Birds’ “When Women Played Drums” you’ll receive a limited edition cassette, a flexi-disc of their “Waters” single, assorted stickers and button badges, and a download of the album. That’s very exciting! A cassette? Can’t play it but I want one. A flexi-disc? That I can play, though it’ll sound tinny and cheap – but I still want one. Of course it’s the download that’ll get all the action, and that’s only right. “When Women Played Drums” is an album of old-school, eerie, C86 indie fuzz. Remember the days when the Jesus and Mary Chain were the new Sex Pistols and Mazzy Star were the great psychedelic hope? White Birds do and their debut drips acid reverb, and whispered, lo-fi harmonies, like the most beautiful Beach Boys demo, with Kevin Shields strafing the dials.

Previous reviewers have mentioned Arcade Fire, and sure there’s an influence at play, also Fleet Foxes and various other contemporary bands, but that’s just a single element of what White Birds do. They somehow merge gentle, ghostly, dusty white clatter with pristine pop songs. It’s dreamy, ethereal and not quite feasible, yet they make tracks like “No Sun”, “Hondora” and the fore mentioned “Waters” live and breathe. I’ve not heard anything quite like this for years and I’m wholly converted to whatever White Birds are preaching. Where do I sign up, and how can I get my mitts on the cassette / flexi combo?
www.grizzlyrecords.com
www.facebook.com/truewhitebirds
www.whitebirds.bandcamp.com
Simon M.