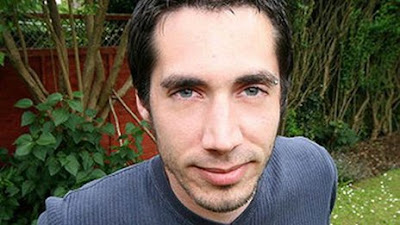 The Welsh music scene has joined colleagues and friends in paying tribute to a BBC journalist killed in a road crash in south Wales.

James McLaren, 34, had worked as an assistant producer for BBC Wales for the past six years.

Many bands, including Pontypridd's The Lostprophets, have been paying tribute on Twitter.

Mr McLaren died in a road collision on the M48 eastbound, between Magor and Chepstow, on Monday morning.

BBC Wales director Rhodri Talfan Davies said he "showed a real love for his subject, an encyclopaedic knowledge, and a deep commitment to support new talent".

"I know that his lively personality, his inimitable sense of humour and his prodigious talents will be sadly missed by all those who worked with him.

"Our thoughts are with his family, colleagues and friends at this difficult time."

Originally from Worcestershire, Mr McLaren lived with his girlfriend in Cardiff.

Long-time friend and colleague Joe Goodden said: "He was enormously talented, hugely driven and an endlessly enthusiastic supporter of Welsh music, who will be well known to readers of this blog."

"The music scene in Wales has never been particularly well documented in the national press, so to have well researched and well written articles about issues, about the history of Wales' music, and about bands sometimes outside the periphery of success was a very valuable role, one which James was always passionate about.

"He was also a talented photographer.

"As a friend he was always fun to be around, intelligent, insightful, thoughtful, and life at BBC Wales will be much poorer for his loss."

BBC Wales music producer Ed Richmond added: "The music industry is filled with unsung heroes; people without whom it just wouldn't function and James was one of those people.

"Welsh music has lost a fervent champion and a he will be sorely missed by all of us who had the privilege to know and work with him."

In a statement on its website, the foundation said: "His passion poured out of every issue, and with his energy, skill and enthusiasm he quickly became a popular figure in the Welsh music industry."

Matthew Davies-Kreye, lead singer of Funeral For A Friend, said he had "supported the band from day one" and was always out and about supporting the music scene.

"I remember the conversations we used to have whenever we used to catch up, always trying to out do each other with our knowledge of 80s and 90s hardcore bands," said Davies-Kreye.

"I had a lot of time and respect for James, he knew his stuff and when he talked to you, if the tape recorder was on or not, he always made things feel easy, not many journalists have that quality."

"He was a man who put his heart and soul into spreading music from Wales to the masses."