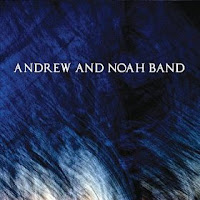 It’s always exciting to come across a genuinely new sound, and although the Andrew And Noah Band are operating in recognised genre, namely Americana, their whole approach to their oeuvre is refreshing and original. So what do they do that’s so different? Well, it’s a combination of things. Brothers Andrew and Noah VanNorstrand write the core of the material, and apply a myriad of interesting influences, from Cajun and Celtic, to jazz and swing, together with the usual country comforts. A quick perusal of the list of instrumentation they employ adds to the draw, and a trio of vocalists all contribute to the fun.

Of course, none of this would matter if they didn’t make a great noise, and they do. The group has evolved since their 2010 debut, and the addition of Chris Miller on soprano, tenor and baritone saxophones and Dana Billings newfound predilection for various keyboards - organ, Wurlitzer, Rhodes – raises the bar. Indeed, the band as a whole all seem on top form, hitting their groove instantly on opening number “Buy for Me the Rain”, with saxophone, accordion, mandolin and guitar trading licks. It’s a perfect start, and one they’re reluctant to relinquish, as the following track “I Got It Bad for You” is just as intensely good, though cut from a completely different cloth. “Pilgrim” was the single and it moves like a classic rocker, dragged through a country back road, and  “Fields a Burning” uncoils itself over nearly nine minutes, telling its tale of wrongdoing and redemption, while strings, reeds and keys keep the tension at boiling point. Faultless.
www.facebook.com/andrewandnoahband
www.andrewandnoah.bandcamp.com
Rob F.