Review: Mama Groove - How Mama Got Her Groove Back!

Mama Groove - How Mama Got Her Groove Back! (Independent) 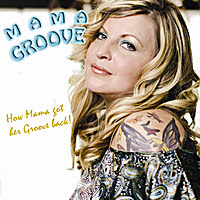 Blessed with the talents of vocalist Ysabel Gagnon and keysman / songwriter Guy Cardinal, Mama Groove’s debut long player is a white-knuckle rhythm and blues ride from beginning to end. The Québec based group (the songs are sung in English) keep it dance-floor friendly throughout, whilst emphasising Gagnon’s lush, deep soul timbre and, as their name suggests, there’s plenty of groove. Often with bands that concentrate their efforts in getting their audience onto their feet, the transfer to record can be disappointing, but not so here. They’ve recruited guitarist George Papafilys to collaborate on a couple of numbers, and the production and general presentation plays to their many strengths.

They begin with “Soul Distraction”, a huge rolling beast of a track with the band doing everything in their power to keep up with Gagnon’s powerful, intense delivery. “Rubbed Dry” displays a jazzier side and “Chill Giver Blues” is a short and sweet, quick-step walking blues that sticks around just long enough to make a big impression. It’s an exciting opening salvo, but there’s no shortage of highlights as the album unwinds, indeed it would be wrong to sign off without mentioning the sultry, elegiac “Black Widow” and the rocking “Don't Give Me No Blues”. All in all, I think I can confirm Mama’s definitely got her groove back, though I suspect it was never really lost.
www.mamagrooveband.com
www.mamagroove.bandcamp.com
Rob F.