Review: The Nymphs – It’s Been A Long Time Awaiting 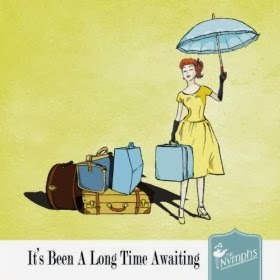 The Nymphs – It’s Been A Long Time Awaiting (Independent)
Goodness, this 14-track collection sounds remarkably fresh and full of life - which is a little unexpected as The Nymphs’ sound harks back to the girl groups of the ‘40s, ‘50s and ‘60s, rather than anything overtly contemporary or new. Of course, it’s their sheer melodicism that carries the day, and propels the listener through a series of songs, drenched in harmony, and solely reliant on the vocal prowess of Jane Hendry, Bek Chapman, Clare Hendry and Kelly Day.

Almost completely a capella – there’s the occasional beat for the purists to contend with – sublime arrangements underpin their songs and provide plenty of variety. The Melbourne quartet earned their spurs in their local bars and hostelries, collecting plaudits and acclaim wherever they’ve set up their mics, and working with various Australian musical luminaries along the way – together with the occasional TV appearance to help widen their audience even more.

All that talent and experience pays immediate dividends on “It’s Been A Long Time Awaiting” - the group’s debut long player. Indeed, highlights come thick and fast, right from the off, when the opening cut (and title track) introduces both the complexities of their style, together with what can only be described as instant pop appeal. New single “Shake” is equally splendid, with harmonies and vocal interaction that would make Brian Wilson sit up and take note, while “Grave Shift” indicates a more solemn and sober side to their sound, without forgoing any of the elements that make them so utterly enticing. Magical.
www.hellonymphs.com
www.facebook.com/thenymphs
The Nymphs CD Baby Page
Phil S.

The Nymphs - It's Been A Long Time Awaiting (Live – Sideshow Alley)