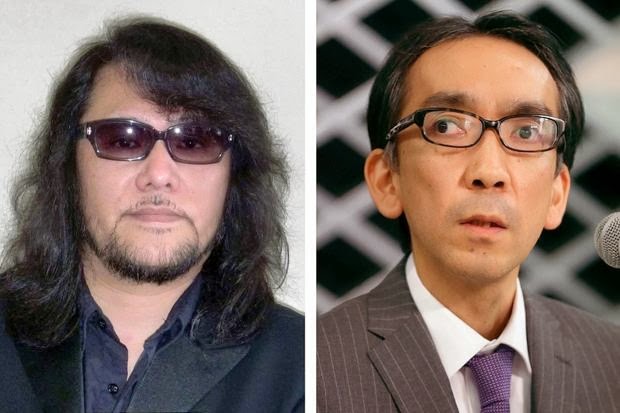 The ghostwriter for the man dubbed Japan's Beethoven has admitted being his accomplice and questioned Mamoru Samuragochi's deafness.

Samuragochi, 50, is said to have lost his hearing at the age of 35 but continued to present acclaimed pieces.

But he has confessed that he had not composed his own music since 1996.

Takashi Niigaki has come forward to admit being part of the fraud, but told media: "I saw no signs that he could not hear."

"At first he acted to me also as if he had suffered hearing loss, but he stopped doing so eventually."

The music teacher told a news conference that he had worked with Samuragochi for nearly two decades, and had in fact composed his most critically-acclaimed works including Hiroshima Symphony No 1, which was dedicated to the victims of the atomic bomb of 1945.

He said he would compose pieces for Samuragochi, who would then choose which ones to put his name to.

"I have been composing music pieces for him for 18 years since I first met Mr Samuragochi," said Niigaki.

"I have been aware that Mr Samuragochi had been publishing his pieces by deceiving the world. Yet I ended up composing the music as instructed. In this way, I am his accomplice."

But Samuragochi's lawyer, Kazushi Orimoto, denied there had been a deception over his hearing, and that he had been classified as having severe hearing loss.

Through his lawyer, Samuragochi said on Wednesday that he he was "deeply sorry as he has betrayed fans and disappointed others".

The statement added: "He knows he could not possibly make any excuse for what he has done. He is mentally distressed and not in a condition to properly express his own thoughts."

Samuragochi made his first breakthrough creating music for video games including Resident Evil and Onimusha.

Nippon Columbia, Samuragochi's record company, said it was "flabbergasted and deeply infuriated" by his revelation, and had stopped sales of his work.