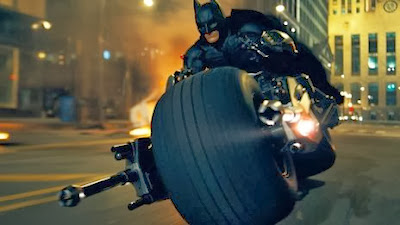 The Dark Knight, although seen as a Hollywood production,
passed the cultural test for British tax relief

The cultural test which determines whether a film can qualify as a British production is set to be changed under new legislation.

Currently, films must score at least 16 out of a possible 31 points in criteria such as whether its lead actors, director or crew are British.

However the rules will be relaxed to help encourage more investment in the UK film industry.

Changes include expanding criteria to include other European Union states.

For example, an actor can be from any country so long as their dialogue is in English - meaning the production would score points in the language criteria.

The cultural test, which was introduced in 2007, is used to allow production companies to apply for UK film tax relief and is administered by the British Film Institute (BFI) on behalf of the Department of Culture, Media and Sport.

The new test will require productions to score at least 18 points out of 35 and will include an increase in the points available for principal photography and using British visual and special effects companies.

More detail on the changes are due to be outlined next week when the new legislation is laid out.

Anna Mansi, the BFI's head of certification, said opening up the test to more European content would have the biggest effect on the film industry.

"This puts us on a level playing field with our creative content tests and other European culture tests," she told the BBC.

"The increase in visual effects points will also be very beneficial to the effects industry."

The changes were announced as part of the chancellor's Autumn Statement.

George Osborne also announced tax relief would be increased from 20% to 25% on the first £20m of qualifying production expenditure.

Productions will also only have to spend 10% of their budgets on UK expenditure to qualify - down from 25% - to help more independent production companies and make the UK a more attractive co-production partner.

Mr Osborne will also announced a £5m investment in the National Film and Television School's Digital Village, to create a training centre for the UK's digital and creative industries.

"Having just come back from China, which is one of the most exciting new markets for film in the world, it's fantastic that the chancellor is doing so much to ensure UK film is positioned in the strongest possible way," she said.

Alex Hope of visual effects company Double Negative said he was "delighted" with the tax changes, hoping foreign productions filming in the UK would hire British effects companies rather than taking the work back overseas.

"Today's measures target productions that would not otherwise qualify for tax relief and incentivise them to bring VFX or production business to the UK," he said.

The tax changes announced will be introduced from April 2014, subject to state aid approval, and legislated in Finance Bill 2014.