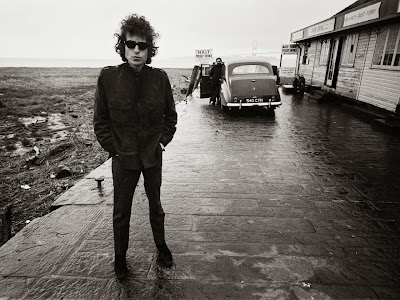 Bob Dylan has been placed under judicial investigation in France for allegedly provoking ethnic hatred of Croats.

It follows a legal complaint lodged by a Croat association in France over a 2012 interview Dylan gave to Rolling Stone magazine.

In the interview he allegedly compared the relationship between Jews and Nazis to that of Serbs and Croats.

The singer, 72, was served notice of the investigation last month.

At the time he was in Paris to receive the Legion of Honour, a prestigious French award.

In the Rolling Stone interview, Bob Dylan was sharing his thoughts about US history and the country's racial divide.

He is reported to have said: "Blacks know that some whites didn't want to give up slavery - that if they had their way, they would still be under the yoke, and they can't pretend they don't know that.

"If you got a slave master or [Ku Klux] Klan in your blood, blacks can sense that. That stuff lingers to this day. Just like Jews can sense Nazi blood and the Serbs can sense Croatian blood."

During World War Two, the Croat Ustashe fascist movement killed hundreds of thousands of Serbs, Jews, Roma and others in their death camps.

Croats and Serbs also fought each other during the break-up of Yugoslavia, in a 1991-1995 war that left around 20,000 people dead.

After the interview was published, the Council of Croats in France (CRICCF) filed a complaint.

Being placed under judicial investigation means that authorities are taking the complaint seriously but that it won't necessarily go further, the BBC's Hugh Schofield in Paris says.

Dylan, who played concerts in Serbia and Croatia in 2010, rose to fame in the 1960s partly for his support of the US civil rights movement.

Last year, US President Barack Obama awarded Dylan the Presidential Medal of Freedom - the highest US civilian honour - and said: "There is not a bigger giant in the history of American music."