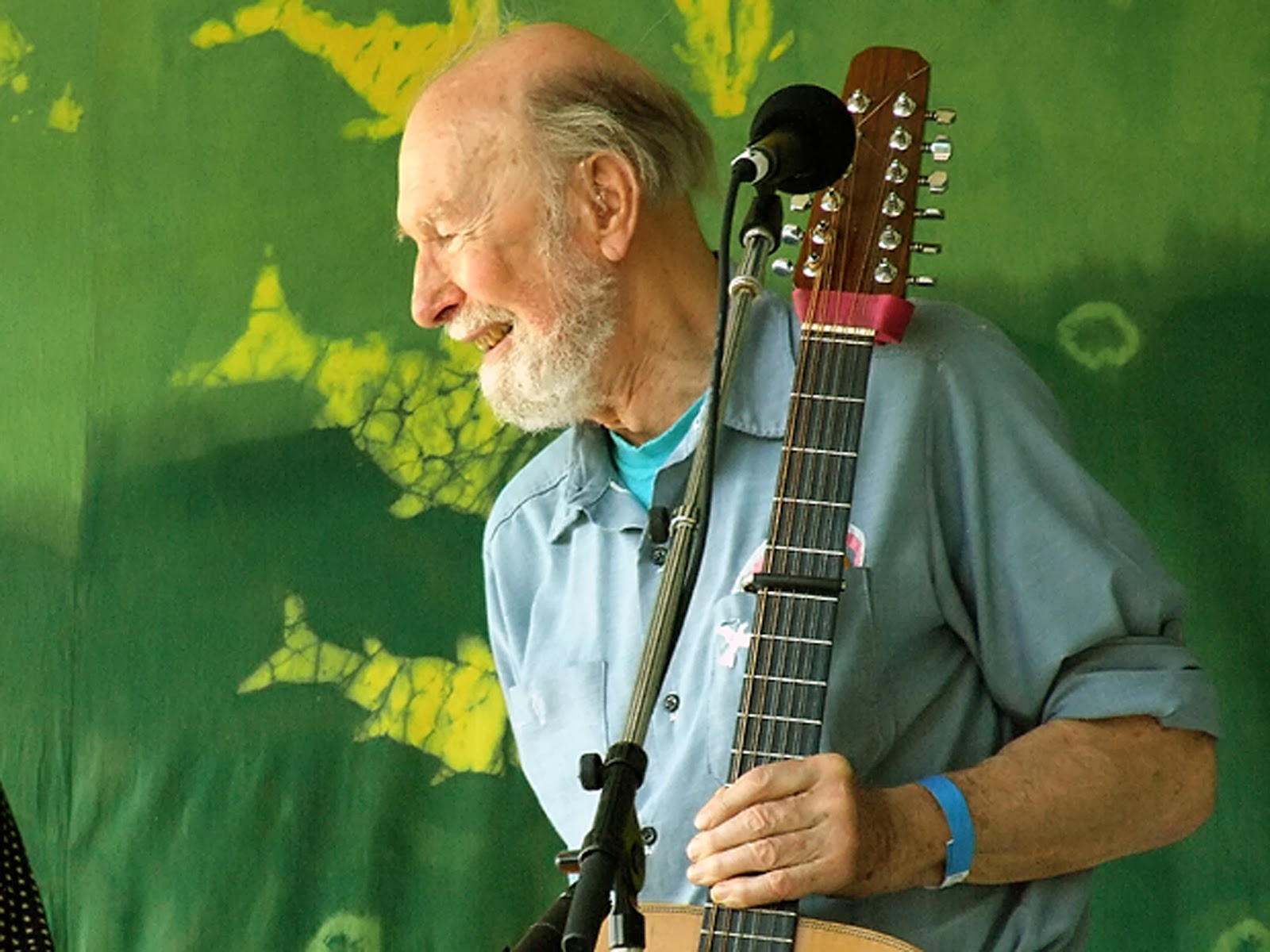 US folk singer and activist Pete Seeger, whose songs included Turn! Turn! Turn! and If I Had A Hammer, has died at the age of 94.

He died at a New York hospital after a short illness, his grandson said.

Seeger gained fame in The Weavers, formed in 1948, and continued to perform in his own right in a career spanning six decades.

Renowned for his protest songs, Seeger was blacklisted in the 1950s for his leftist stance.

Denied broadcast exposure, Seeger toured US college campuses spreading his music and ethos, later calling this the "most important job of my career".

The lofty, bearded banjo-playing musician became a standard bearer for political causes from nuclear disarmament to the Occupy Wall Street movement in 2011.

In 2009, he was at a gala concert in the US capital ahead of Barack Obama's inauguration as president.

Other songs that he co-wrote included Where Have All The Flowers Gone, while he was credited with making We Shall Overcome an anthem of resistance.

Seeger's influence continued down the decades, with an induction into the US Rock and Roll Hall of Fame in 1996, and he won a Grammy award in 1997 for best traditional folk album, with Pete.

He was a nominee at Sunday night's Grammy Awards in the spoken word category.

He performed with Woody Guthrie in his early years, and went on to have an effect on the protest music of later artists including Bruce Springsteen and Joan Baez.

In 2006, Springsteen recorded an album of songs originally sung by Seeger.

On his 90th birthday, Seeger was feted by artists including Springsteen, Eddie Vedder and Dave Matthews in New York's Madison Square Garden.