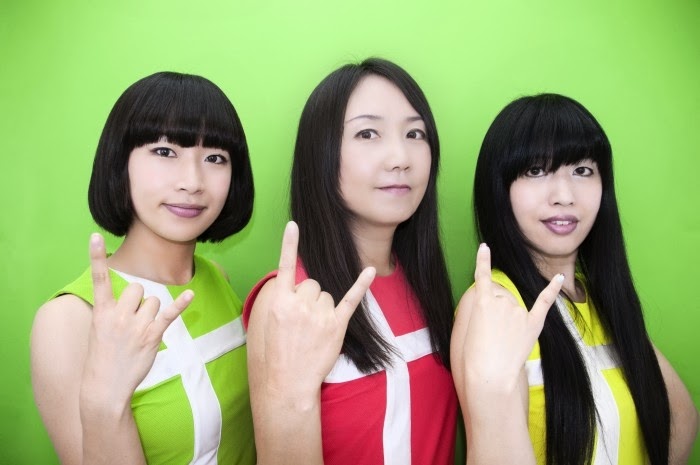 All female Japanese legends Shonen knife hit the road again to tour the UK & Ireland this May with their 'Overdrive Tour' to coincide with their 20th album, 'Overdrive', to be released on Damnably on 14 April 2014.

Formed in Osaka 33 years ago, the trio rose from humble DIY beginnings to the heights of touring with Nirvana on their ‘Nevermind’ tour, trailblazing a path for women in music and inspiring legions of bands. Championed by Nirvana, Sonic Youth and hailed as favourites by the crem-de-la-crem of Alternative Rock, Shonen Knife remain one of the most influential and beloved of Japanese Rock experts.

Following an extensive tour of Europe in 2013, the band return will for 15 dates across the UK and Ireland this May, to promote the release of their 20th album.  Live, they are a tight with machine-precision, punching out fast, highly exciting sets of Punk, Pop, Rock & Metal hits, all coated with their own distinctively quirky and life-affirming charm.
As they fast approach their 1,000th gig, Shonen Knife's joy and invention shows no sign of fading. As Naoko says, “Let's Rock!”

"When I finally got to see them live, I was transformed into a hysterical nine-year-old girl at a Beatles concert." Kurt Cobain.

Uncut: "rocks like Motorhead designed by Hanna-Barbara"
BBC Music: "The Osaka Ramones, you must concede, still have it."
The Independent: 8/10 "There are two types of people: those who enjoy thrashy Japanese girl-punk, and those who have something wrong with them."
Music OMH: 8/10 "For an incredible 31 years Shonen Knife have been pumping out prototype riot grrrl, thrashing together early punk sounds with pop melodies."
The Sunday Times: ".irrepressible slice of bounce-along indie-pop. Beguiling." Stewart Lee
BBC 6Music (Steve Lamacq):"Shonen Knife - they know how to rock - Japanese punk pop at its best."