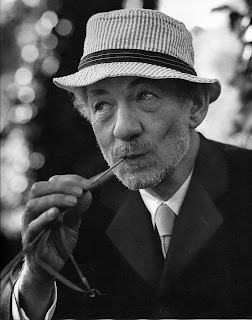 Sir Ian McKellen is to play a retired Sherlock Holmes in a new film by Oscar-winning director Bill Condon.

The film, A Slight Trick Of The Mind, will be adapted from Mitch Cullin's novel of the same name.

Set in 1947, Sir Ian will play an elderly Sherlock, who is still trying to crack an unsolved, 50-year-old case.

It will reunite Sir Ian and Condon, who previously worked together on the 1998 drama Gods and Monsters, for which the actor received an Oscar nomination.

Following Gods and Monsters, Sir Ian went on to star as Gandalf in the Oscar-winning Lord of the Rings trilogy, a role he will reprise in the second instalment in the Hobbit series due for release in December.

According to the Hollywood Reporter, Condon will start shooting A Slight Trick Of The Mind in April 2014 in the UK.

Sir Ian is joining a long list of actors to have played Sherlock, including Robert Downey Jr and Jonny Lee Miller in the US TV series Elementary.