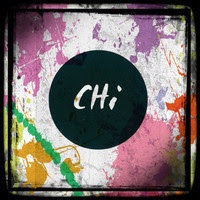 Ray G Ward (aka Chi) is a young musician who keeps moving forward. Over the years he’s played regularly around New York and Philadelphia as a singer-songwriter, played bass in various alt. rock and blues bands and fronted his own folk-rock outfit, Ray G Ward and the Light, releasing a couple of records along the way – check out their impressive “I Am You” EP released earlier in 2013.

Recent experiments with production and electronica have now sent Ward off into a new solo direction, and the result is Chi. A trio of singles have been released in quick succession and can be found on both his new website and his Soundcloud page (links below) and all three deserve to be heard.

“Calling” was the first track to see the light of day, a beat-heavy, hook-laden, electronic pop song, with a catchy-as-hell chorus and Ward’s vocals mixed high. A mere eight days later came “LA Sugar” - less strident, there’s an organic element to the production, but the hooks dig just as deep.

Finally “Who’s Alone” completes the initial trio of releases, and it’s probably the one that sounds least like a single. It takes a play or two to reveal its charms, but its time well spent, as its mix of post-punk electronics, ‘80s psychedelia and folk-pop effectively carves out something new. It reminds me a little of The Associates, those early Julian Cope solo records, and even a little of Killing Joke. That’s a mix to be taken seriously.
www.listentochi.com
www.soundcloud.com/listentochi
Phil S.
Posted by Bangs at 6/12/2013 08:35:00 am