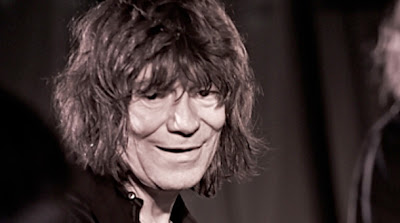 Former Hawkwind guitarist Huw Lloyd Langton has died, aged 61, after a two-year battle with cancer, the band has announced.

"It is with immense sadness that we have to let you know our great friend of many years and fellow musician Huw Lloyd Langton passed away peacefully last night," the band said on its website on Friday.

Lloyd Langton played on Hawkwind's debut album in 1970. He rejoined the group in 1979 and played with them for the next 10 years.

"Huw had been bravely fighting cancer for a couple of years, but was determined not to let the battle affect his day to day life," said the Hawkwind statement.

"He continued to play his guitar, laugh, joke and share the great love he had in his heart, with all who knew him.

"As he wished, he was at home when the time came, with his ever strong and loving wife Marion at his side.

"Huw was one of the great guitarists with an individual style and character. He is gone but never forgotten by any of us. He will live on in our music and in our hearts."

Lloyd Langton, who was born in Harlesden, north London, also played with Widowmaker in the 1970s, and formed the LLoyd Langton Group in 1982.

He continued to make guest appearances with Hawkwind and played solo support slots on tour.

In August 2009, the guitarist played an acoustic set at Hawkwind's 40th anniversary concert at Porchester Hall, in London.

One of the world's longest-running bands, Hawkwind have undergone countless changes of personnel and musical styles over the years.