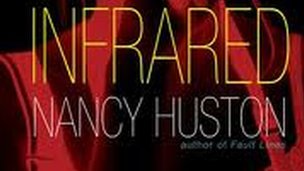 The Literary Review's annual Bad Sex in Fiction award has been won by Canadian author Nancy Huston for her 14th work of fiction, Infrared.

It tells the story of a photographer who specialises in taking infrared snaps of her lovers during sex.

She beat the likes of Tom Wolfe who won the dubious accolade eight years ago.

Huston, who becomes only the third woman to win the award, writes primarily in French and translates her books into English.

Sentences from her novel such as: "Kamal and I are totally immersed in flesh, that archaic kingdom that brings forth tears and terrors, nightmares, babies and bedazzlements," caught the judges' attention.

Huston, whose other books include Fault Lines and Plainsong, lives in Paris and was unable to attend the prize ceremony at the In and Out Naval and Military Club in London.

In a statement, she said: "I hope this prize will incite thousands of British women to take close-up photos of their lovers' bodies in all states of array and disarray."

Her publisher accepted the prize on her behalf.

The ceremony is now in its 20th year, having been established by Auberon Waugh in 1993.

The award is run by The Literary Review, which says its purpose is to "draw attention to the crude, tasteless, often perfunctory use of redundant passages of sexual description in the modern novel, and to discourage it".