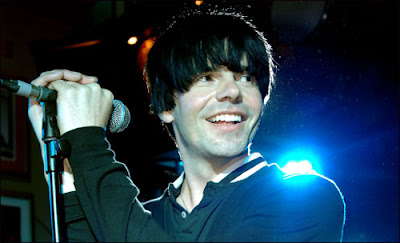 Tim Burgess - Telling Stories published by Viking
Tim Burgess grew up in rural Cheshire but from his mid-teens he spent as much time as he could at the legendary Hacienda in Manchester. He was invited to be the vocalist in newly formed The Charlatans, who went from supporting The Stone Roses to having three UK number one albums and seventeen Top Thirty singles. They rode the waves of first Madchester then Britpop. The band survived the imprisonment of influential keyboardist Rob Collins on a charge of armed robbery, then the death of Collins in a car accident; their accountant running off with all their money and leaving them with a tax bill of almost £2 million; and in more recent years the rock 'n' roll life-style of Burgess himself as he took himself off to LA, for the music and the drugs.

Packed with incredible stories, this frank and vivid memoir describes the mad life of a rock star: the dynamics of the band, the creativity and the self-destruction, the sex and the drugs but also the rock 'n roll - his obsession with music shines off the page as he writes about his influences and his encounters, from Dylan to New Order, from Paul Weller to Oasis.